as a surprise for his one year anniversary with his girlfriend Courtney. 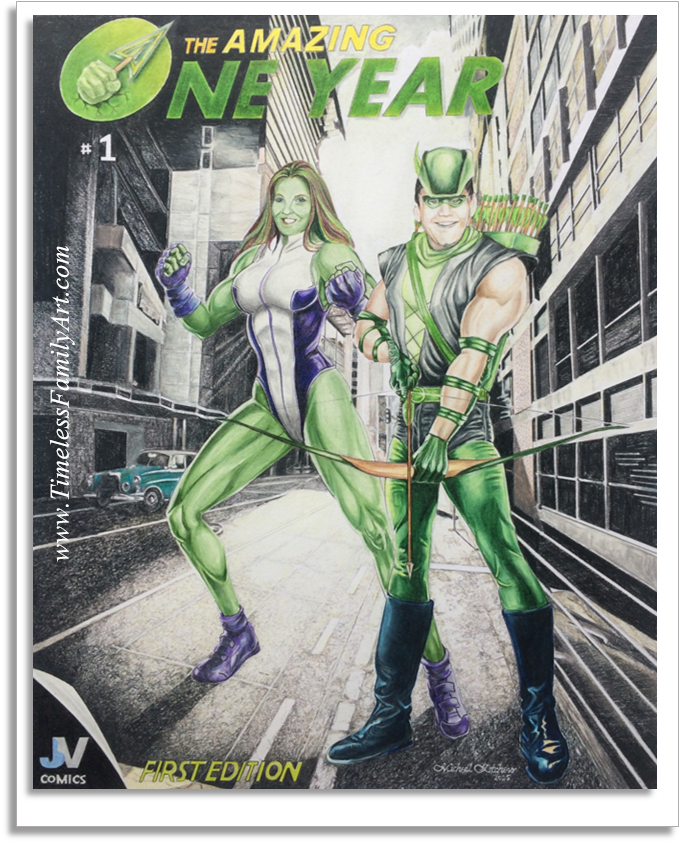 Seems, like many of us, Courtney likes Comic Book  Super Heroes,

so John’s idea was to recognize their anniversary

by creating what would be the beginning

Of a lifetime of Comic Book covers

– each designed to recognize and celebrate

important milestones in their Life together.

John asked that we show Courtney as her favorite Super Hero

the “Hulk” standing next to John as the “Green Arrow”,

And wanted the title for this first cover to read

“The Amazing One Year”.

I never cease to be amazed at the thoughtfulness and

Creativity of people, and I truly enjoyed helping John launch

John & Courtney – I look forward to seeing what you come Up with next!